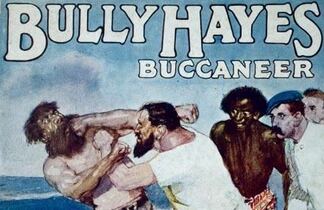 The Infamous Bully Hayes -  In the 1860's  his name was known all over the length & breadth of the Pacific.
​Stories about Hayes describe him, not only as a “Pirate, Buccaneer and Blackbirder, but also as a Confidence man, a Swindler, a Cheat, a Thief and a Bigamist”

I've heard of gamblers losing their shirt but Bully Hayes lost his ear!
He was a cheat & a crooked gambler. He got into a fight & lost an ear. 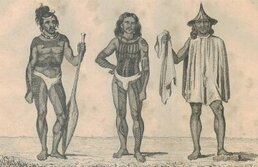 Islanders - Potential slaves.
In the 1860s & 1870s he was a notorious blackbirder (Slave trader) who operated across the length breadth of the Pacific in until he was murdered on 31 March 1877 by "Dutch Pete" the ships cook.

Hayes is often referred to as "the last of the Buccaneers" or a South Sea pirate. Stories about Hayes describe him, not only as a “Pirate, Buccaneer and Blackbirder, but also as a Confidence man, a Swindler, a Thief and a Bigamist”
Not the sort of guy one would happily invite home to meet the wife and family. However there is no evidence that Bully Hayes actually took a ship by force in the tradition of a true blood thirsty pirate.
James A. Michener said it was almost impossible to separate fact from fiction in the life of Captain Bully Hayes. 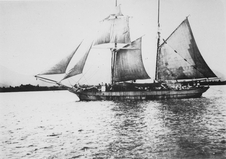 Sailing ship similar to the ships that Bully Hayes commanded.
As captain of the ship C. W. Bradley, Jr. in January 1857, Hayes visited the port of Fremantle, Western Australia. The ship’s cabin accommodation was excellent, and Bully soon found paying passengers for two trips to Adelaide, South Australia. As many of these passengers were convicts with conditional pardons, the S.A. authorities were displeased with this influx of immigrants.
Apparently Hayes hadn't paid his bills, because the Singapore ships chandlers caught up with him and forced the sale of his ship, which bankrupted him.
In the Clare Valley town of Penwortham, on 20 August 1857, ignoring the fact that he was already married, he married widow, Amelia Littleton. Perhaps Amelia had money that could help him start up again.

BULLY HAYES & THE SINKING of THE ELLENITA 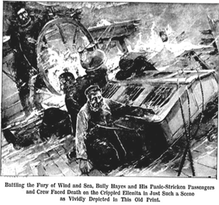 THE SINKING of THE ELLENITA - BULLY HAYES
Somehow Bully gained command of the Ellenita, a new ship with a valuable cargo that he obtained by fraud. With Amelia aboard, he sailed to San Francisco where poor Amelia was dumped and abandoned.
(Some reports say Amelia fell from the Orestes in 1858 and drowned)

Off the Navigator Islands, on his return journey to Sydney, in a storm, he lost the Ellenita (16 October 1859). Presumably in lifeboats, some of the crew and the women and children reached Savai'i and raised the alarm. Eventually the surviving passengers and crew were returned to Sydney on H.M. brig Elk. In Sydney Hayes was accused (but was not charged) of having indecently assaulted a 15 year old female passenger.
Somehow Hayes continued to find new ships to command and new cargoes to fraudulently acquire and sell.

BANJO (BULLY) HAYES MUSICIAN
Making a Mockery of his victims of slavery. ﻿ 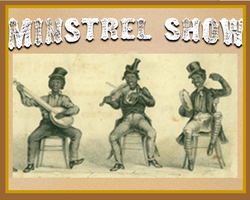 Mocking his victims of slavery. Bully (Banjo) Hayes - Minstrel Show
Perhaps one of the most unexpected aspects of the story of Bully Hayes is that in  New South Wales, Hayes joined a minstrel troupe .
I imagine him with his face blackened, strumming his banjo. I wonder,
as he sang “Mammy, Mammy…..”  if he ever gave thought to the innocent Mammys  that cried for their sons & daughters who were stolen from them by this cruel Blackbirding Bully. 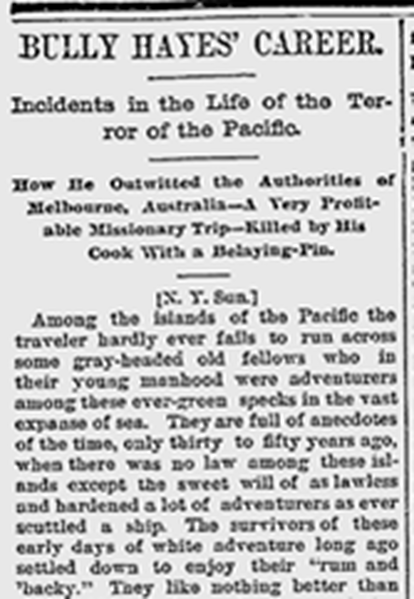 NO MORE 'FREE SHIPPING' FOR BULLY HAYES
This is the last 'post' on the subject of Bully Hayes!
BULLY HAYES IS FINALLY 'STAMPED' OUT 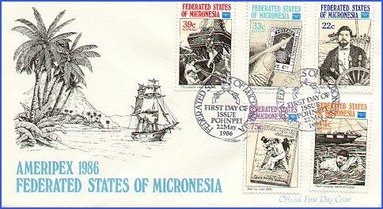