In the Australian Bush

"What are you looking at ?"
One of the joys of mineral prospecting, metal detecting or just getting out into the Australian bush, is the characters, both human & animal that we meet. Like this emu (at Left) in Coral Bay in Western Australia or the spiders in the goldfields and wallabies in Exmouth to name just a few of God's wonderful creations that one meets on the coast or inland areas of this beautiful land . 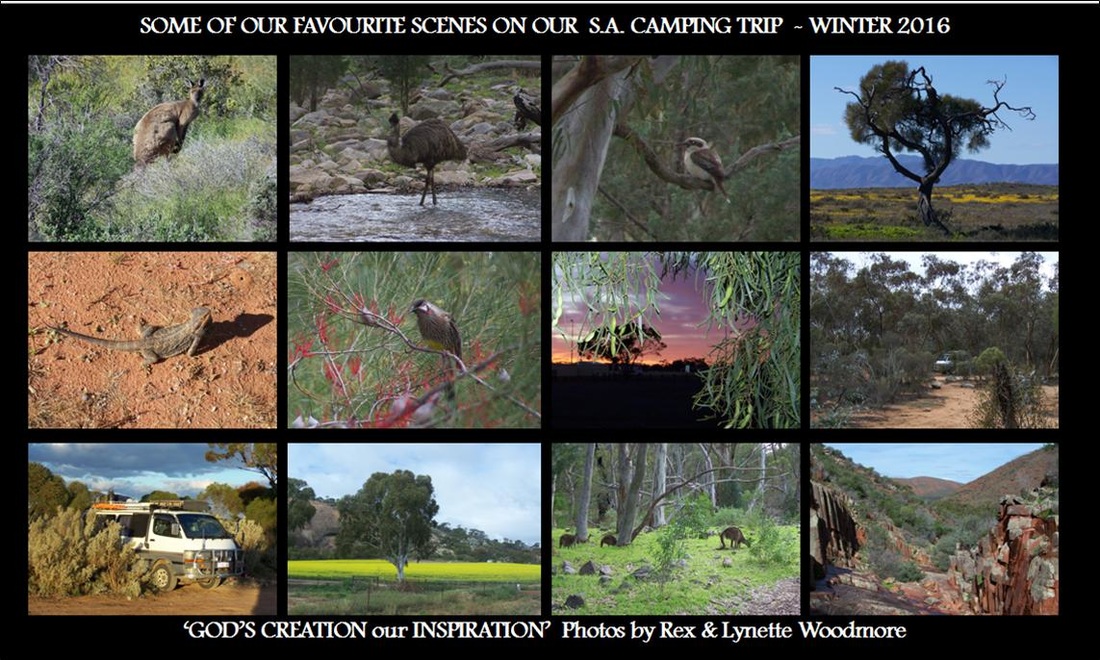 Below: A poignant scene at a freshly erected  memorial to guides from the Whale watch centre Nullarbor Plain, South Australia. (2010) 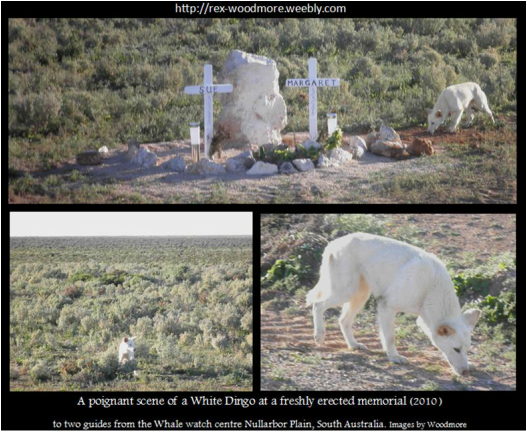 "Hey! where's mine?" In Coral Bay Western Australia
the Emus don't know,  we are not allowed to feed them. 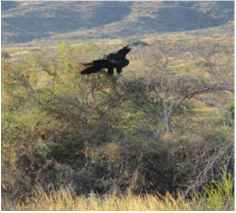 ''The Eagle has landed!" Photo by Lynette Woodmore
"The Eagle Has Landed!" 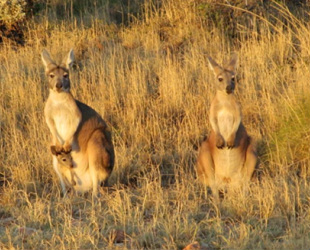 Wallabies Exmouth Photo by Lynette Woodmore
Camping in Cape Range National Park. After a day of detecting for coins on the beach & snorkeling with stingrays, sharks, turtles and dozens of species of colourful fish, the grass lands and bush around us come alive with many wallabies and other creatures. Followed by a magnificent sunset over the sea. 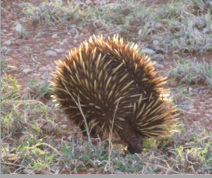 Photo by Lynette Woodmore
Only a few days before we saw this Echidna in Cape Range National Park, Lyn said that she had seen most Australian creatures in the wild (including a Platypus, which I have not yet seen) but she had never seen a wild Echidna. And there it was! Late in the afternoon I saw it silhouetted on top of a hill in the middle of the road infront of us. "Surely not! " said Lyn. She was delighted to not only see one, but to be able to photograph it before it waddled into the undergrowth. 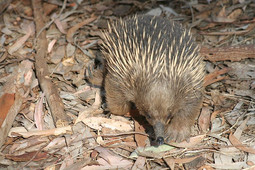 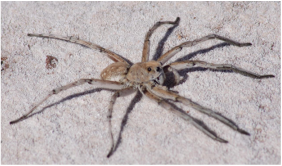 Salt Lake Wolf Spider. Photo by Janine Guenther
A  close encounter of an alien kind!
While camping & metal detecting for gold in the Yalgoo Goldfields of Western Australia, my brother & I were accompanied by Janine Guenther and Jens Mohr, German authors & publishers of superb books on Australian travel, flora & fauna.


Thanks to Janine Guenther for her photography, especially the spider photos.

A MUST HAVE - SUNGLASSES on THE SALT 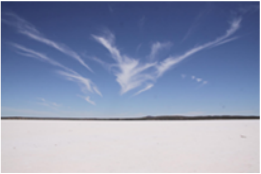 Salt & Sunshine Photo by Janine Guenther
It was the end of summer & the water had  evaporated leaving a  thick crust of pure white glistening salt crystals  over the surface of the lake. (Sunglasses were a must!)
I had heard about salt lake spiders but none of us had  ever seen one. 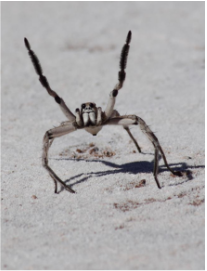 Salt lake Spider Photo by Janine Guenther
With salt crunching under foot and my inexperience with my new
Garrett AT Pro  detector, causing a constant loud crackling noise in my headphones, optimistically I waved its coil close to the surface of the lake. I first noticed a dead, mummified lizard and thought to myself “Nothing could live here”  then I was startled by a sudden movement of something on the salt in front of  me. A small creature, alien like, stopped me dead in my tracks, with its  aggressive, animated body language.

Salt lake spider Photo by Janine Guenther
While standing its ground and looking me defiantly in the eye, it stood up and  threw its front legs, like arms up in the air, waving at me to stop me from  proceeding. When I poked toward it with the detector it leaped twenty or thirty  centimetres (12in) and grabbed onto the  coil.

Spider on salt lake Photo by Janine Guenther
Little guys don’t usually scare me, but this one certainly startled me and I quickly flicked it off. Later we found a web covered entrance to a burrow in the salt covered mud, presumably the ‘nest’ of the
Hairy, Scary, Salt Lake  Spider.

DID I FIND GOLD?

.....before you ask "No I did not find any gold on that trip"
Perhaps now that I am far more experienced with the Garrett AT Pro Metal Detector & my Garrett Pro Pointer,  more success next time?

Meeting of the vans.Photo by Janine Guenther.
I thank my brother Frank who made the trip possible & introduced me to
Janine & Jens who's love and enthusiasm for Australia is amazing.
I thank  them both for their pleasant company & for sharing their  wealth of knowledge (my  own knowledge paled into  insignificance, by comparison).

Bullet holes in a van that stayed too long. Photo by Janine Guenther.
Again a special thanks to Janine who captured a series of great photos including my memorable close  encounter with a truly amazing little creature -  The Hairy, Scary, Salt Lake Wolf Spider.