Tasmania's Bruny Island coastline has witnessed several ships and their crews sink to their watery graves. The shipwrecks include the colonial trading ship ‘Hope’, which on April the 29th 1827 was hit by a storm and wrecked opposite Bruny Island , on the beach which now bears its name. 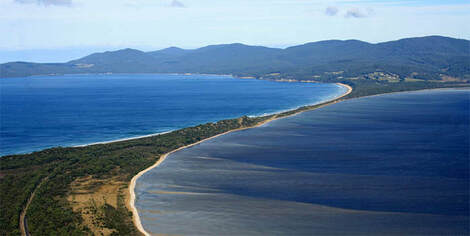 It is recorded that at about 4 am the chief officer  went below, and less than half an hour later the vessel stranded on the low sandy beach at South Arm that now bears its name. ​​Swept by the breakers rolling onto the beach ‘all was terror and confusion’, and the master ‘raved at the pilot like a man distracted, the latter standing in mute dismay.’ All efforts to work the ship off failed, and water began to fill the hold. At 10 am two boats from James Lucas’s bay-whaling station turned up and attempted to tow the ship off, but one of them overturned and the crew escape drowning with difficulty. All hands were then taken off, most camping on the beach near the stranded Hope, and others being taken to Hobart in a whaleboat. The ship’s agent at Hobart, Walter Bethune, chartered the sloop Recovery to assist, but by the time it arrived at the scene the Hope was a total wreck, full of water and with the stern post driven in.
Legend has it that the Hope was delivering the quarterly pay for the Hobart garrison. The money was in coin and probably included both copper and silver coins of various denominations.  When the ship ran aground, Soldiers from the Hope allegedly buried £3,200 in coin including at the beach, but for some unexplained reason, were unable to recover it. So began one of Australia's great Treasure island mysteries.

THE LOSS OF THE HOPE
The Hobart Colonial Times May 1827 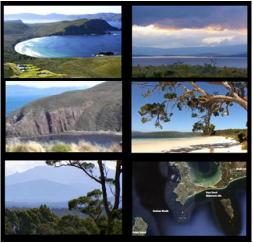 In & around Bruny Island, Tasmania.
As it was a military matter and therefore should be considered a secret, the loss of the garrison's pay was not reported.

In fact there doesn’t seem to be any official report recorded. However Captain Harry O'May in his book mentions the Hope and her treasure:

“It was said to be the pay money for the garrison stationed in Hobart Town. At the time of the wreck the treasure disappeared. The two soldiers were suspected of securing it and secretly hiding it in the sand dunes with the intention of retrieving it later. This was never possible as the men were transferred to India where one of them died. The other returned to England where he received his discharge. Probably he had no means of returning to Hobart Town. However, this man told his story to an Irish farmer named McKinnon and convinced him that the buried treasure was still to be found where he and his mate had planted it. McKinnon sold his farm and with a rough plan of the locality supplied by the ex-soldier came out to Hobart Town. There he purchased tools and stores, obtained a miner’s right and engaged Donald McKay, owner of the passage boat Mary May, to land him and his gear, not on Hope Beach, but on Kelly’s Point on Bruni Island. Hope Beach and Kelly’s Point are on opposite sides of the entrance to the Derwent and approximately three miles of open water separates them.
On the arrival of the Mary May at Kelly’s Point, Mr. Harry Denne came down to the jetty and assisted in the landing of the gear. This included a large and very heavy box which cost the three men considerable effort to place on the wharf.
After the boat had gone on her way Mr. Denne questioned the stranger but received only evasive answers. He became a man of mystery to the Dennes who watched him as he tramped aimlessly about the shore. Next morning he was still there but the heavy metal box was gone from the jetty. During the day he was asked why he was prying around and he answered, “I am searching for hone stones.” (Stones used for sharpening cutting tools.)
The Dennes decided this was a very unsatisfactory answer and that it was time to communicate with the police. The Brown’s River trooper was instructed to investigate the case. When the trooper asked why the stranger was prospecting on private property he was also told of the search for honing stones. The trooper then asked, “What is in the big box?” and was told it contained snake-bite cure. When it was opened two small phials of some liquid were found in the box.
The trooper had no excuse for arresting the man who continued his prospecting for some time and then disappeared.
But after a lapse of 18 months he turned up again. It was learned later that in the meantime he had returned to Ireland and secured from the soldier another map with more minute instructions. On his return to Hobart Town, McKinnon arranged with Captain Bill Whisby of the ketch Ann Allen to convey him to Bligh’s Point which is about a mile further up the Channel. He told Whisby for what he was hunting and this time he gave all the gullies in the vicinity a thorough combing before he abandoned the search. When all his money was gone he returned to Hobart Town and worked as a laborer.”

IS THE TREASURE STILL THERE?
(Long gone silver!) 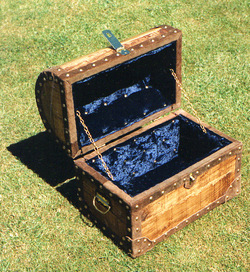 Too late, mate! ..Long Gone Silver!
There is a suggestion that during the confusion the treasure was removed from the Hope & transferred to one of the whaling boats that came in to assist and it was not buried on the beach by the soldiers, but was buried in secret by one or more of the whalers who left it hidden for some time, until things ''cooled down'' and  then they retrieved their ill-gotten gains, which today (2019) could be worth around AUD $2million.