WHEN I WAS A BOY
"Didn't everyone's dad carry a handgun?"
I DIDN'T KNOW  MY FAMILY WAS 'DIFFERENT' 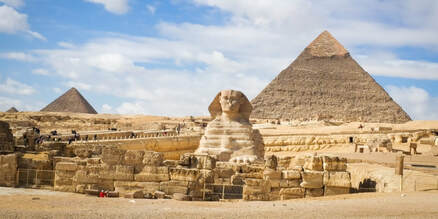 WE SEEMED TO BE ALWAYS ON THE MOVE
​By 9 years old, I had at least one birthday in 6 countries!
​England, Egypt, Cyprus, Mauritius, Kenya & Australia

I was shaken from the womb as the last of Hitler’s bombs fell on London and my first cry was lost in the wailing of air raid sirens.

I was the second son born into a British military family.
Mum was the daughter of Sergeant Major Thomas William Hall (who later became a Captain)  and Dad,  Phillip Reginald Woodmore (who himself had been a Sergeant Major) was the son of  Captain Phillip Thomas Woodmore.
Mum's brothers Tom & Arthur Hall, both finished up as officers with one as a Lieutenant Colonel and the other as a Major.
​One of my uncles was awarded an OBE and the other an MBE.
​At the time of my birth Dad was no longer in the Army, but he remained a 'Military man' working in the War Office of the British Military Defence in London. (We now know that he was with Mi4)

ON HIS MAJESTY'S SECRET SERVICE
Dad was a British Military Intelligence Officer (MI4)!

*In 1948 - 52 there was only one full-time MI4 officer stationed in each locality including Egypt, Mauritius, and Kenya.
This one Mi4 officer was my dad, Philip Reginald Woodmore!

EVENTS MAKE THE MAN
Believe it or not, I am the son of a spy!

Looking back over my life, I recognize the events that shaped my character, fed my enquiring mind and influenced my faith, my  interest in the wonders of nature of intrigue and treasure hunting.
Today, retired from regular work, I am a Christian, Australian, Environmentalist,  Gardener, Mineral Prospector, Shipwreck diver (was), Artist, Poet, Husband, Father and a Happy Camper!

SECRETS REVEALED
"My Dad was a British spy!"

My mother, Mable 'Mabs' Woodmore, my brother Frank Woodmore and even our much loved Dalmatian dog Judy, were all part of Dad's cover story as a 'Government Lands Officer' auditing various overseas British Government projects such as sugar & banana plantations and later disposing of surplus WW2 equipment.
At 9yrs old, I had celebrated a birthday in 6 countries:
​ England, Egypt, Cyprus, Mauritius, Kenya & Australia.*

​After the Second World War MI4 took responsibility for hiring of premises in various parts of the British Empire, disposal of armaments and military equipment no longer required and hence a division named "Hirings and Disposals" was established. Employees were transferred for short term assignments such as Cyprus, to procure tents and housing for Jews who were prevented from continuing a voyage to settle in Palestine.
MI4 officers were also sent to Cairo, their main role being to dispose of post war Military equipment, including demountable camp sites, and armoured vehicles. The role of the officer was to ensure that the buyers of ex-military equipment were not likely to use it against British interests in the region. In 1948 - 52 there was usually only one full-time MI4 officer stationed in each locality including Egypt, Mauritius, and Kenya.* (There was only one! and that was my Dad!)

EGYPT 1946
(We arrived a few days before Christmas)

I remember nothing of my first years in England. My first memory, as a three year old in Egypt, is of my standing, peering through the wrought iron railings of a balcony, looking down on a slim olive skinned man, dressed in a long white gown and a flat, brimless white hat. My attention had been drawn to him by the unfamiliar sound, above that of the chirping cicadas, of the scratching of his crudely fashioned straw broom, as he meticulously swept clean, the paved courtyard below me. ​

Today most Kikuyu are peaceful Christians, but back then, they were forced by this bad element to swear allegiance to the Mau-Mau and they drank blood in a satanic swearing in ritual.
One night intruders stole the clock from beside Dad’s bed. ​
We awoke to our African cook shouting in Swahili ‘Bad men Bwana-Bad men’. Dad, the ‘Bwana or Boss’ leapt out of bed & fired into the bush after the ‘Bad men’. It was a moonlight night, so Dad was able to identify one of them in a police line-up. He was in custody for the murder of another white family.
​(BELOW: YouTube. Mau Mau Victims, British family murdered)